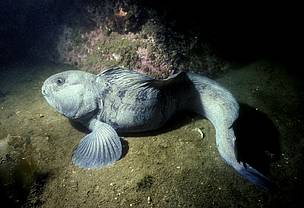 The protections proposed
The area, about the size of Lake Manitoba at more than 4,300 sq. km, has been given strong protections, including:
●    80 per cent of the area closed to commercial fishing.
●    Destructive fishing gear, such as bottom trawl nets, banned in the entire MPA, with low-impact fishing still allowed in specific zones.
●    A total ban on oil and gas exploration.

Why protections are important
The bank is an important habitat for leatherback sea turtles and at-risk Atlantic wolffish, and closing the majority of the area to fishing has the potential to help Atlantic cod stocks rebound.

Why there’s still concern
The federal government has been building momentum toward its goal of protecting five per cent of Canada’s waters by the end of 2017, and WWF-Canada is pleased by the level of protection proposed for St. Anns Bank and given to Anguniaqvia niqiqyuam (Darnley Bay), an Arctic MPA announced last month.

WWF-Canada remains concerned, however, that future MPAs might not be given the same level of protections.
●    Close to the St. Anns Bank is the Laurentian Channel, another potential MPA, where oil and gas exploration may still be allowed within most of the protected area.
●    In British Columbia, WWF-Canada is particularly concerned about the lack of regulation for activities such as commercial fishing in the planned Scott Islands marine National Wildlife Area.

David Miller, president and CEO of WWF-Canada, said:
“WWF-Canada worked for years to protect the St. Anns Bank, and we are very pleased this new marine protected area gives strong, meaningful protection to species such as leatherback turtles and wolffish. These are exactly the kinds of robust protections needed in all future MPAs.”