Canada risks being left behind in clean energy revolution | WWF-Canada

Canada risks being left behind in clean energy revolution 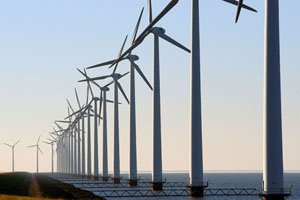 Windturbines near the North Sea coast. Wind energy is well developed in the Netherlands.
© Michel Gunther / WWF
Clean Economy, Living Planet - Building Strong Clean Energy Technology Industries is a first ever worldwide country ranking by clean energy sales. It found that relative to GDP, it is wind energy and insulation pioneer Denmark and bio-ethanol giant Brazil that are leading the way. Germany, trading on a substantial manufacturing base and public support for wind and solar energy, is in third place.

I was wondering where Canada fit in, so got the authors to dig out the Canadian ranking as they only listed the top 26 countries in each category in the report.

Canada, with its wealth of renewable energy and scope for improvements in energy efficiency, should be leading the pack. But, as noted in this Canwest story, we're 23rd in terms of absolute sales of clean energy technology and 31st when it comes to clean energy sales as a share of our national economy. I can understand being bested by Denmark and Germany, but Kyrgyzstan?

Fortunately, there's no great secret as to how to catch up: steal the best ideas from around the world, as Ontario did when it modelled its Green Energy Act on the German renewable energy strategy. But we still need federal support for clean energy solutions, if we are going to avoid being left behind by those who are investing in the low-carbon economy of the future.