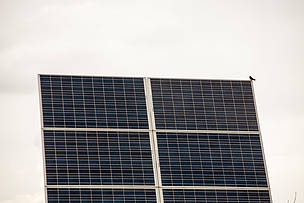 This tool, applied in New Brunswick and the Bay of Fundy region to start, overlays renewable energy and conservation data on the same map for the first time in Canada. The energy layer reveals renewable energy reserves: the resource potential for each energy type across the region. The conservation layer captures data on 728 species at risk, as well as detailed information on biodiversity, habitat and other conservation and community environmental uses for the entire area.

The goal: Renewable-energy development decisions that account for wildlife, habitat, community and cultural needs from the outset, increasing the chance of a project’s success before reaching the environmental assessment stage.

Conservation values include:
●    Species that are endangered, at-risk or of cultural relevance.
●    Habitats with high species diversity.
●    Large ecosystems that haven’t been fragmented.
●    Smaller ecosystems such as old-growth forest, provincially significant wetlands, areas that are home to rare, threatened or endangered flora or fauna.
●    Ecosystem services: Areas that provide those unaccounted natural services such as erosion control, buffering against floods, purification of air and water, etc.
●    Community needs: Resources that are basic necessities for local communities, including First Nations. Based on consultation.
●    Cultural values: Sites of national or global cultural, historical or archaeological significance; of religious/sacred importance for traditional cultures. Based on consultation.

How it works
This interactive mapping tool – found at wwf.ca/renewables4nature – allows users to focus on a region, select an energy type and then quickly and easily see whether an area of high energy potential will be in low, medium, high or critical conflict with conservation and community needs.

A low conservation ranking means there are fewer conservation conflicts in that region (though not necessarily none). A region with a critical ranking has multiple conservation values. It may include regulated areas and should be avoided for future renewable-energy development.

David Miller, WWF-Canada president and CEO, says:
“An immediate and massive transition to renewable energy is the most important step we can take to slow climate change and possibly prevent some of the cascading negative effects on wildlife and habitat. As we shift to renewable energy, it’s essential that we do so in a way that’s habitat friendly. We already know global wildlife populations have suffered massive declines due to habitat loss and fragmentation. Climate change will further weaken already vulnerable populations. WWF-Canada’s habitat-friendly approach to identifying renewable-energy project locations accounts for the environment before significant investments are made. It will help speed the development of renewable-energy projects that are less likely to conflict with conservation and community needs. It’s a win for the environment, for communities and for industry.”

James Snider, WWF-Canada vice-president science, research and innovation, says:
“Canada has always had world-class sustainable renewable energy potential. We now have the political will to develop this resource and the financial interest to make it happen. But one hurdle remains: potential conflicts with wildlife. After extensive consultations with industry and an in-depth review of international best-practices, WWF-Canada learned there wasn’t a consistent framework to identify and account for relevant ecological values in renewable-energy development. So we adapted the High Conservation Value framework – well known in Canada for its use in Forest Stewardship Certification – to the renewable-energy landscape and created this first-pass tool for regional-scale, strategic decision-making of larger-scale, community-led or industrial energy projects, beginning first with New Brunswick and Bay of Fundy.”

A swallow perched on a solar panel, Alberta.
© Global Warming Images / WWF Enlarge
Like this article?