High-level call for green revolution should be heeded, says WWF 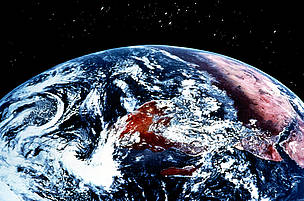 Earth from space
© Photodisc
Gland, Switzerland: The UN High-Level Panel for Global Sustainability call for a radical redesign of the global economy for a healthy environment and social well-being deserves a wide audience and the full attention of all governments before this year’s Rio+20 Earth Summit, global environment organization WWF said today.

Resilient People, Resilient Planet: A Future worth Choosing, more than a year in preparation by a panel co-chaired by South African president Jacob Zuma and Finnish President Tarja Halonen, is a useful successor to Our Common Future, the 1987 Brundtland Report that became the reference text on sustainable development and the basis of the original 1992 Rio Earth Summit, for many considered the start of the global environmental movement.

“This report makes the alarming point that while we are already exceeding the Earth’s capacity to support us, by 2030 we will need 50 per cent more food, 45 per cent more energy and 30 per cent more water than we do today.

“The High-Level Panel report offers a vision for meeting those challenges. As negotiators develop the text for the Rio Summit in June, we look to them to embrace the urgency and commitments needed to turn this vision into reality.”

Convened by UN Secretary General Ban Ki-moon in 2010, the panel was charged with providing a vision for sustainability, growth and prosperity in the years to come, along with a framework for moving past political and economic hurdles that put progress at risk. The panel, comprising current and former political leaders, was urged to make bold, practical and concrete recommendations reflecting the scale and urgency of the challenges faced by our planet.


Wanted urgently - a sustainable economy
The Global Sustainability report focuses on a number of essential measures to create a “green economy”. WWF welcomes the wide-ranging recommendations which include: A coherent institutional framework
The second important area covered by the report relates to the strengthening of institutional governance at all levels. Recommendations include:
Report’s weaknesses
Much like the Rio+20 first negotiating draft issued earlier this month, the report is weak on binding commitments.

WWF did have concerns that while the recommendations for economic and institutional reform are positive, the report fails to suggest any concrete, time-bound commitments for progress, leaving policies open to governments to implement as they saw fit.

WWF urged the discussion at Rio to reflect the need for obligations and commitments in the recognition that this is about everyone’s future prosperity.

While the report focuses strongly on environmental concerns the Rio negotiations need to further integrate social issues which are core to sustainability.

For real change, we need to take into account social issues such as poverty eradication, gender equality, fair distribution of resources, advancing of education and employment creation. Recommendations must make the link between social welfare and environmental health.

About WWF
WWF is one of the world's largest and most respected independent conservation organizations, with over 5 million supporters and a global network active in over 100 countries. WWF's mission is to stop the degradation of the earth's natural environment and to build a future in which humans live in harmony with nature, by conserving the world's biological diversity, ensuring that the use of renewable natural resources is sustainable, and promoting the reduction of pollution and wasteful consumption.

Sign up for a BMO© WWF-Canada AIR MILES© Mastercard©