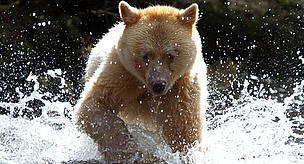 To build on this success, the next step is to ensure that marine management plans already underway in the Great Bear Sea continue to be implemented.

B.C.’s Pacific Coast is healthy and productive, but faces growing pressure from increased human activity. Better planning and marine protection is needed in the face of proposed oil and gas pipelines, increased shipping, growing port construction and other industrial activities.

To ensure the marine environment is used sustainably, WWF is advocating for the implementation of the recently signed Marine Planning Partnership (MaPP), an important plan to which WWF contributed. The MaPP lays out how the region can manage growth while maintaining a healthy ocean ecosystem that benefits the area’s communities.

Quote from David Miller, WWF-Canada’s president and CEO:
“The Great Bear Rainforest protection deal is an impressive achievement, and one of global significance. But you can’t protect life in the Great Bear Rainforest if you don’t protect the oceans as well. And you can’t protect oceans without managing them wisely. That’s why the next big step is ensuring the equally ambitious Marine Planning Partnership is fully implemented. The time to do this is now. Twenty years is too long to wait.” 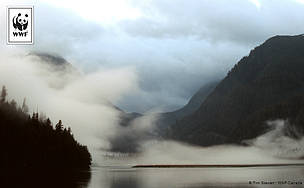 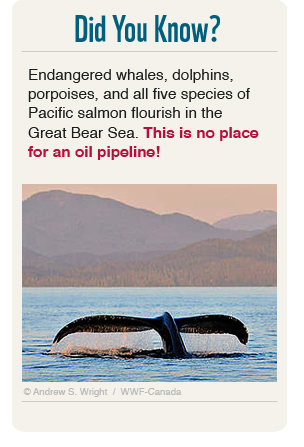