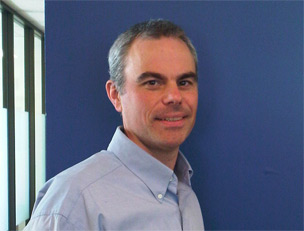 Andrew Dumbrille
© Gayle McClelland / WWF-Canada
As traffic in the western Arctic increases, there’s a new opportunity to get shipping right

INUVIK/OTTAWA, September 9, 2019 — A new guide, released by the Inuvialuit Game Council (IGC) and WWF-Canada, informs mariners on how to strategically avoid harming wildlife and habitat in the sensitive environment of the western Arctic.

The guide incorporates Inuvialuit Community Conservation Plans from the Inuvialuit Settlement Region (ISR) — recommendations in the guide are taken directly from those plans and include information such as how to avoid culturally significant areas during harvest seasons and highlights areas in which speeds must be reduced. It communicates what communities have been urging ship operators to do and is applicable to all ships entering the western Arctic. Over the past few years, the communities of Aklavik, Inuvik, Paulatuk, Sachs Harbour, Tuktoyaktuk and Ulukhaktok in the ISR have detailed the activities that should and should not take place in their waters in order to protect marine life and ensure long-term subsistence harvesting in the region.

While adherence to the guide is voluntary, it enables mariners to plan wildlife-friendly routes and limit their impacts on communities by providing explicit direction on how best to mitigate the effects of shipping in the ISR. Ultimately, what’s needed is for ship operators and owners, companies and businesses, and Transport Canada and the Canadian Coast Guard to push the recommendations of this guide forward into permanent measures that will reduce shipping impacts.

“It’s a community-informed tool that communicates mitigation measures to mariners,” says Andrew Dumbrille, senior specialist of sustainable shipping at WWF-Canada. “It’s what Inuvialuit communities want to see ships doing in the western Arctic region and it’s a way to promote the essential knowledge of communities in the region. It also helps Transport Canada and the Canadian Coast Guard with their ultimate goal of creating low-impact shipping corridors in the Arctic.”

How ship traffic affects marine mammals:
- Noise from ships can make it difficult for whales to communicate with each other and can disturb sensitive habitats.
- Passing ships can disrupt feeding patterns and will often drive marine mammals away from their usual habitat.
- Icebreaking fragments caribou sea-ice migration routes, reduces ice formation and increases caribou drownings.
- Shipping during ice formation interferes with the natural ice freeze-up, introducing cracks into the new ice sheet that makes it unstable for hunters.
- Fragmented ice at the beginning of the season could postpone whale migration to wintering grounds, increasing the risk that whales will become trapped in the ice after the winter freeze-up.

About the Western Arctic Mariner's Guide:
- Made up of three large posters to be hung on a ship’s bridge:
- Visual identification chart that will help mariners recognize whales, seals, polar bears, and caribou.
- Maps of critical habitat for whales, birds, seals, and polar bears.
- Maps indicating designated conservation and harvest areas, seasonal shipping exclusion zones, and      community on-ice travel routes.
- Recommends courses of action regarding sensitive whale habitats, caribou sea-ice crossings, shipping in polynyas and around floe edges, ice-breaking and Inuvialuit travel routes as well as exclusion zones and travel speed.
- Lists phone numbers so mariners can report sightings and incidents at both the national and community level and provides operational guidance when close to or encountering marine mammals.
- Developed in collaboration between WWF-Canada and the IGC