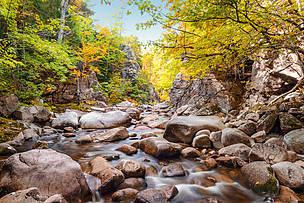 Highlands National Park, Cape Breton, Nova Scotia.
© Shutterstock.com
Canadians have sent a clear message with this election: they favour strong environmental protection and want the federal government to dramatically ramp up action to reverse species decline and tackle Canada’s emissions in line with what the science says is needed to keep temperatures from rising above 1.5C degrees.

There is no time to waste. Canada’s new government will need to get to work as soon as possible to make good on the promises made during the election. We urge the parties to work together to deliver on their promises, many of which are consistent with each other.

Specifically, the Liberal Party, Bloc Québécois, Green Party and New Democratic Party have agreed to the following commitments: We expect these commitments will be included in the mandate letters issued to members of Cabinet by the Prime Minister, and we look forward to engaging with the government on turning these promises into policy.