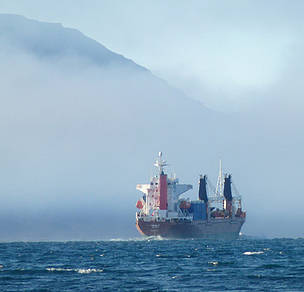 Small icebergs close to coastline, Arctic Canada
© Zoe Caron / WWF-Canada
The government’s move comes at a critical time as increased shipping in the Arctic could seriously harm this sensitive environment

The Government of Canada announced yesterday that it supports a ban on heavy fuel oil (HFO) in the Arctic. HFO is widely used in the shipping industry because it’s cheap and easily available, but it poses a major risk to wildlife and exacerbates climate change.

The spill risk has already seen the fuel banned in the Antarctic. It is also a source of black carbon, which increases the rate at which sea ice melts.

The announcement comes during a tough week of negotiations at the International Maritime Organization. Canada's support of this international ban shows the country’s leadership in supporting cleaner and more sustainable shipping, in the Arctic and around the world. Seven of eight Arctic states support the ban, with Russia as the only holdout.

“WWF-Canada commends this move to protect the marine Arctic environment as well as to ensure Arctic waters stay clean for the communities that rely on them for food, recreation and culture,” says Andrew Dumbrille, WWF-Canada's senior specialist of sustainable shipping.

But Dumbrille says that there is more to be done to ensure an HFO ban does not make shipping to remote Arctic communities more costly.

“While it’s a positive step, we now encourage the government to manage the transition to cleaner fuels and ensure that any potential additional costs don’t burden northern communities.”